What follows is an article published in The Daily Telegraphy wherein, the historian David Abulafia makes a strong argument in support of the British Museum to keep the Rosetta stone and the Elgin Marbles as part of its collection. The article in question is as follows:

If it surrenders the Rosetta Stone, the British Museum might as well shut 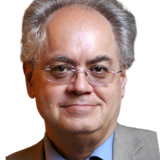 The Rosetta Stone is the British Museum’s most visited object; a favourite of generations of school children. It is also the prize item in the museum’s forthcoming exhibition, devoted to the decipherment of ancient Egyptian scripts (Hieroglyphs: unlocking ancient Egypt, opening October 13). Yet all too predictably, as with the Elgin Marbles, its possession by the museum has attracted demands from academics at Manchester and Oxford for its return to its country of origin: Egypt.

There is a supreme irony here. More than perhaps any other famous artefact, the Stone is an international, not a national, object – both in terms of its origins and its use for deciphering hieroglyphics after its rediscovery. Indeed, one could argue it is the universal museum object, tethered neither to time nor to any one country.

The Stone was carved in the later history of Pharaonic Egypt, when the country was ruled by the Greek dynasty of the Ptolemies. They managed to combine ancient Egyptian civilisation with the Hellenistic culture that dominated the eastern Mediterranean, melding together Egyptian and Greek deities and worshipping the tailor-made god Serapis, designed to appeal to this Greco-Egyptian society. The stone itself is inscribed in three scripts and two languages, hieroglyphics, the simpler demotic script, and Greek.

When it was discovered by the French in 1799 at Rosetta, an ancient port in the Nile Delta, the stone had already been moved from its place of origin by the Mamluks, the sultans who ruled Egypt in the late Middle Ages, for use as building material. They provide another global link, to the Black Sea, from which the Circassian slaves who became sultans of Egypt were purchased. After the French were forced out of Egypt in 1801, it then fell into British hands, sparking the great race between British and French scholars to unlock the mysteries of hieroglyphics. Indeed, it was discoveries by academics of both countries that eventually broke the code.

The Stone, then, is an object whose history is not local but global, bringing in Greek kings of Egypt, slave sultans, French conquerors and the extraordinary intellectual feats of French and English scholars. As such, the British Museum remains an entirely suitable place for an object of such international cultural significance.

A similar case, of course, can be made for the Elgin Marbles and Benin Bronzes. Here too the argument concerns the re-unification of many objects in a single museum in one country. At least in the case of the Elgin Marbles a museum stands ready and waiting. The same cannot be said for the new Grand Egyptian Museum, where the Rosetta Stone would presumably go. It took over 20 years to be built and was opened with great fanfare, yet it is still formally closed, its treasures remaining in the ramshackle old museum until its doors open later this year.

Likewise, the grand museum in Benin City is yet to be built and lies far from international tourist trails. There are several thousand bronzes scattered around the world’s museums; Nigerian museums are said to hold the third largest collection. Regardless, as with the Marbles, confining all Benin Bronzes to museums in a single country denies the millions of people who see them in London, Berlin and elsewhere the opportunity to learn about the accomplishments of early African cultures.

Sharing collections is a responsible act in a troubled world where museums and artefacts fall victim to war, fanaticism, fire and sheer neglect. Ultimately, objects of such exceptional cultural importance belong to all mankind, and they need to be located where they are accessible to everyone.