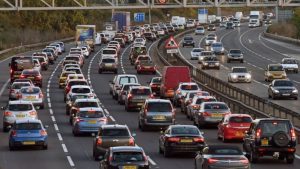 The lockdown is notionally over. I haven’t kept abreast of the latest terms and conditions, not least since they seem to fluctuate daily. I was always of the view that there was no coherent position between locked down and not locked down. Ever since we’ve been engaged in a game of political whack-a-mole as each inconsistency pops up out of the hole.

As such, though, there is no all clear signal. And even if there were, normality as we knew it is gone for good. People are not yet returning to offices and shops and London is reportedly deserted a lot of the time. We’re basically in a permanent state of Sunday trading. It may never be the same again.

As realhansard notes, “The damage has already been done. People will not return to retail for things they have realised they can do without. Workers will not return to offices and resume hour long commutes with expensive season tickets just so they can buy sandwiches in Pret. People have discovered other ways to work. They’ve discovered other ways to shop, they’ve discovered they don’t need all the tat that they would once have bought.”.

This chimes with a lot of my own thoughts. I’ve long thought the notion of millions of people travelling for hours twice daily is an unsustainable, unnecessary, and massively wasteful way to do things. It’s no way to live a life either. I’ve always been taken by that famous Buckminster Fuller quote.

“We should do away with the absolutely specious notion that everybody has to earn a living. It is a fact today that one in ten thousand of us can make a technological breakthrough capable of supporting all the rest. The youth of today are absolutely right in recognizing this nonsense of earning a living. We keep inventing jobs because of this false idea that everybody has to be employed at some kind of drudgery because, according to Malthusian Darwinian theory he must justify his right to exist. So we have inspectors of inspectors and people making instruments for inspectors to inspect inspectors. The true business of people should be to go back to school and think about whatever it was they were thinking about before somebody came along and told them they had to earn a living.”

This I believe to be within the realms of possibility. We’ve been given a wondrous opportunity to rethink how we do things. The way universities are going about it seems to point the way. They’re moving most of their teaching online and finding other uses for their facilities. I’ve long thought the model was made obsolete by the internet especially since universities do very little actual teaching. There’s no particular reason for them to go back to how they used to be. In fact, it marks an opportunity to rethink universities as a concept in order to make them more accessible, inclusive, and more valuable to society.

What Covid shows, however, is that much of our economy is sustained by this mass daily movement of people necessitating unwelcome levels of immigration to perform those services tasks that we are told the natives won’t do. We have long boasted our status as a services economy but it appears to add very little in terms of tangible productivity and much of it wouldn’t be necessary if half the workforce wasn’t imprisoned in offices five days out of seven.

This nasty habit of ours spawns a number of other nasty habits. Not least the motor car, which is absolutely necessary for anyone living outside of a major city. Even prior to Covid and Brexit the sector was suffering from an overproduction problem and a profitability crisis as the main money is made from selling loans and leases rather than selling cars. Again, another massively resource hungry obsession which, like much else, cannot be sustained.

Traditionally governments have favoured the auto industry because it keeps thousands of people off the dole but as production lines become more efficient, requiring ever fewer salaried jobs, the car factory’s status as a political crown jewel is waning.

What’s also underpriced in all this are the health implications of maintaining a pointlessly stressful life spending at least three hours a day trapped in a tin can with only Radio 4 for company. It has physical and mental health implications, leading to fat bodies and tortured brains. Not for nothing does office busy work tend to be the domain of drongos since any mind with a spark of vitality simply can’t cope with it.

As it happens, I’ve long argued for government incentives to encourage home working, on the rough mathematics that with the work force spending at least one day a week at home, that’s twenty per cent less wear and tear on infrastructure such as roads. Eliminating our pointless commutes could ease the vast sums we blow on adding ever more road capacity to sustain a mode of existence we ought to militantly reject. We’re taxed more so that people can afford the childcare to spend less time with their families, and then more again to mop up the social consequences.

But we keep plugging away with it because motoring itself sustains massive secondary industries such as insurance and repair services. The main reason we’ve never attempted to do it differently is because we have no idea what people would do otherwise.

Part of the reason for this is the way in which we measure the economy. We’re obsessed with reducing everything to a single metric and the performance of governments is judged on whether that metric goes up or down. This is our religion. We are ruled by spreadsheet sociopaths.

The upshot of all this is that existing is quite an expensive do. It’s just about survivable for working households but there’s that small problem of what happens when we all get old and we don’t own our houses, and we haven’t saved for a pension and we have no savings to speak of. This has been the elephant in the room for quite some time.

More astute observers have noted that the effect of Covid is not to destroy the economy as such, rather it has accelerated all the underlying trends we’ve known about for at least two decades. The writing has been on the wall for town centre and out of town retail for at least twenty years. It’s hit us when we weren’t ready for it, and at an inopportune time, but we never were going to be ready for it. We were going to keep sweeping it under the already bulging rug, using immigration as a sticking plaster.

What we are going to see now is a massive rebalancing of the economy in a great many unpredictable ways. There is no putting the Covid genie back in the bottle. We were already looking at the end of the post-war settlement and a transition into a new globalised information age with all the social and economic turmoil that goes with it. Covid just hit the fast forward button. We now have to fumble around, wait for the economic correction and find a new normal.

This is where the real thinking needs to go. The present administration and our political culture in general is more concerned with propping up the status quo, spending vast sums of money to prevent the old order of things sliding into the sea. But simply, we are pissing into the wind.

We were told the future would bring us flying cars and robot servants. To a point we have those robot servants but this absolutely spurious notion of work is a relatively recent development for mankind, peaking during the post-war industrial age, and it’s time we admitted it’s a really bad idea. Even if we have flying cars we’re still going to be living life in the slow, unhealthy lane.

It wasn’t so long ago that it was the norm for people to do their work at home among their families. It was how kids learned their trade. It’s why this mechanised notion of childcare is a modern abomination. There is so much about the way we live that is corrosive to the mind and society as a whole. We need to ask if any of this is even worth saving.

For Covid to have hit us just as we are leaving the EU in the most cack-handed way possible, we are as well thinking that the norms of trade, productivity and economy from just twelve months ago are forever on the scrapheap. Perhaps we don’t need the same levels of immigration. With the airline industry facing a factory reset, perhaps our globalised economy is no longer viable. Perhaps the citizen of nowhere lifestyle is no longer sustainable. Since we’re now stuck where we are, what if we did rebuild things like community, trust in each other, and stop working ourselves to death for things we don’t need? What if a better life than this is possible?