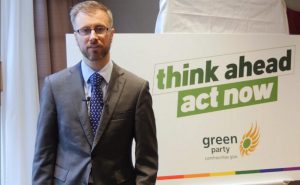 ‘Right now,’ Roderic O’Gorman complained, ‘if they want to initiate a gender change, they have to get kind of high-level medical consultants.’

DUBLIN, Ireland, July 8, 2020 (LifeSiteNews) — The Irish minister for children, disability, equality, and integration has said he supports proposals to make it easier for children in Ireland under the age of 16 to “change their gender,” after the government confirmed that it will introduce such laws for 16- and 17-year-olds.

The Irish government, which is currently a coalition between Fianna Fáil, Fine Gael, and the Green Party, released its Programme for Government last month, which pledged to “[r]emove the need for a person aged 16 and 17 years to have two specialist reports before they can apply for legal gender recognition.”

The Programme for Government document, entitled “Our Shared Future,” also promises to “deliver a framework for the development of National Gender Clinics and Multidisciplinary Teams for children and adults” and to “examine arrangements for children under 16.”

Roderic O’Gorman, the new minister for children, disability, equality, and integration, said earlier this week that experts had proposed making it easier for children under 16 to “change gender.”

“Right now, if they want to initiate a gender change, they have to get kind of high-level medical consultants to actually sign off on that. Whereas the recommendation is to make that easier to allow a GP basically to sign off to say yes,” O’Gorman said.