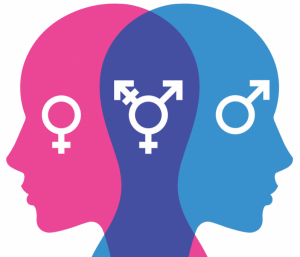 In less than two decades ‘transgender’ has gone from a term representing individuals and little used outside of specialist communities, to signifying a powerful political ideology driving significant social change. At the level of the individual, this shift has occurred through the separation of gender from sex, before reclaiming biology through an innate sense of ‘gender-identity’.

In this report, Joanna Williams argues that this return to biology allows for the formation of a distinct identity group, one that can stake a claim to being persecuted, and depends upon continual validation and confirmation from an external audience. All critical discussion is a threat to this public validation and is often effectively curtailed.

This ideology has meant that in 2019, the number of 11- and 13-year-olds referred to NHS specialist medical help with transitioning rose by 28 and 30 per cent, respectively, over the previous year. The youngest patients have been just three years old. Arrests and prosecutions have been made for ‘deliberately misgendering’ through the use of male pronouns. Transgender pupils have been free to use the toilets and changing rooms that match their gender identity, previously intended only for members of the opposite sex. Reports of the attacks on women in prisons carried out by transgender inmates suggest that the feelings of transgender women are being placed above the safety of females. But why has this been allowed to happen?

Joanna Williams suggests that the move of transgenderism from niche to mainstream tells us more about the rest of society than it does about transgender individuals. People in positions of power within the realms of media, education, academia, police, social work, medicine, law, and local and national government have been prepared to coalesce behind the demands of a tiny transgender community. Previously authoritative institutions now lack confidence in their own ability to lead and look to the transgender community as a victimised group that can act as a source of moral authority. However, this, in turn, has not only eroded sex-based rights but undermined crucial areas of child protection.